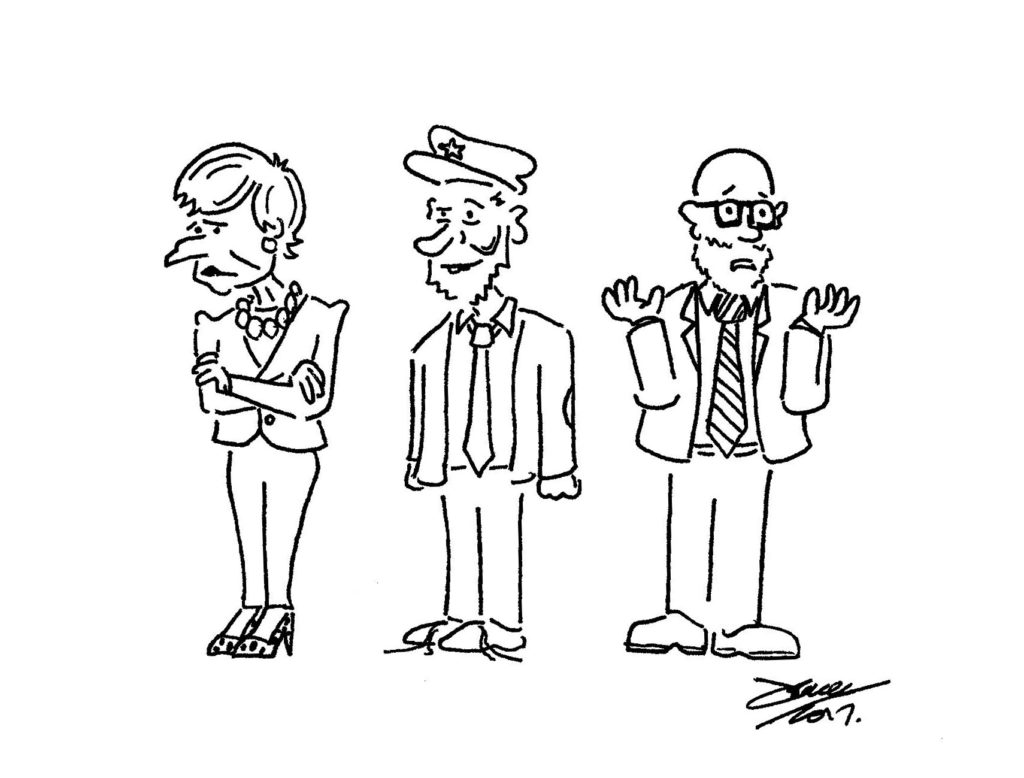 Once upon a time there were three leaders trying to gain control of their country. One was a confident leader who was so determined to be strong and stable that she told everyone. Unfortunately she did not display other authentic leadership qualities such as some humility, a willingness to engage with her people and believed everything that her advisers told her.

Another leader focused a lot of his energies towards the younger voters. He promised lots of things that would appeal to them like minimum pay, scrapping of university fees and making the environment much more youth friendly. He also came across as authentic and relaxed when talking to voters. He also made good use of social media and communicated effectively.

Finally there was the leader who inherited a political party that was in complete disarray. He also had to try and sell an old set of policies that had already been achieved and there did not seem to be anything new to offer. He definitely came across to voters as someone who had been given a “hospital pass”.

So what was the result. Bizarrely, the person who won the election actually felt that they had lost – mainly because they were expected to win by a massive landslide and did not. The person who came second felt that they had won because they had not been wiped out. Finally, the leader is disarray remained In disarray and not only did not get voted in, but also resigned as leader.

So what is the key leadership lesson? It is all about trust – If all the other factors had remained the same, different levels of trust could have altered the fortunes of all three.

If the first leader had established a strong trust with people beforehand, they may have supported her decision not to engage with the process, maybe even seen it as a sign of superiority. But not enough trust was there. The second leader’s ideas were considered by critics to be too fanciful and optimistic. But many people ignored the negativity because they trusted him. The third leader had to rely on trust. Having been dealt an empty hand, he had to create belief for his followers in a new relevance and purpose. But the trust wasn’t there.

The moral of the tale? If you can persuade your people to put their trust in you then success is much more likely.